An error occurred during login. Most likely you didn't enter the username or password correctly.

Be certain that you enter them precisely as they are, including upper/lower case.

Häny is a family-owned company steeped in tradition.

Fritz Jäckli Chairman, Board of Directors 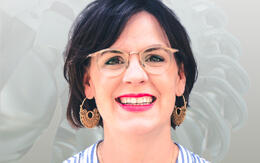 Sabina Häny Member, Board of Directors 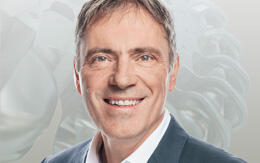 Kurt Bobst Member, Board of Directors

Carmen Hayoz Member, Board of Directors 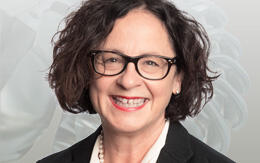 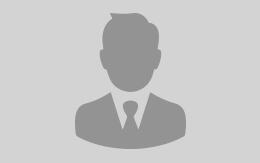 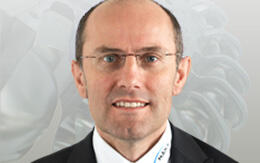 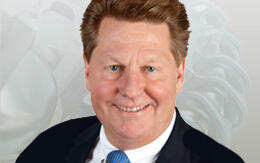 Häny AG is a leading provider of quality products and services in the area of water conveyance and wastewater treatment as well as selected niche markets in demanding market segments. Our customers recognize us as highly qualified partners for application-driven products and system solutions marked by innovation and the use of advanced technologies. Flexibility, reliability and quality combine to deliver enhanced customer benefit. In order to be ahead of on-going changes in the marketplace we not only develop selected products ourselves but also join forces with expert business partners. To optimize our engineering know-how we rely on qualified professionals and on the on-going improvement of a certified management system. Our services are an ideal complement to our quality products. Driven by customer need, they provide for flawless operation, extended life and deliver unique customer benefit. We strive to increase our market share in Switzerland and abroad and to create new markets.

We serve our customers with excellent, need-driven products and services. Customer orientation plays a key role. Expertise underlies a partnership based on trust and fairness. Our activities are guided by an effort to maximize customer benefit.

Our employees constitute our primary and most valuable asset. We therefore create the prerequisites for a healthy working environment. It is based on a corporate culture marked by trust, openness and integrity. We strive to contribute to our employees' professional growth by fostering continued-education programs and by offering challenging activities. We know that our objectives can be reached only by relying on highly motivated men and women. To this effect we inform them openly and we recognize and value excellence. We embrace a policy of social responsibility but expect responsibility and loyalty in return.

Relations with Suppliers and Business Partners

Suppliers are seen as partners with whom we nurture an open and fair business relationship. While we expect to benefit from prompt deliveries and competitive prices, we grant our partners appropriate profit margins but also seek their support in our mutual interest. If such a partnership is to yield benefit for both, we need to exchange commercial as well as market, development and research information.

SMEs are the true pillars of Switzerland's economy. Our entrepreneurial conduct is aimed at preserving our economic and social fabric without losing sight of environmental considerations. We want to make a profit to ensure our financial independence, independent management and appropriate return on investment.

History in a nutshell

Häny has been a family-owned business since its founding and will continue to be so in the foreseeable future. Born in 1847, Eduard Häny-Pfister launched a mechanical workshop in Stäfa in 1875. Ten years later he transferred the operation to Meilen where he acquired the former water turbine-operated silk twining plant along Obermeilen's Beugenbach. Between 1892 and the 1920s, Häny also operated a foundry with two smelting furnaces and kilns each.

The output produced in the first few decades varied from pumps and winemaking implements to fire extinguishing equipment. From the start, the company's market extended far beyond the territory of German-speaking Switzerland. Many domestic and international patents testify to the innovative capacities of the company's founder. One such example is the acclaimed hail cannon, a device designed to suppress hail (patented in 1901).

In 1897, Eduard Häny - also the principal founder of Elektrizitätswerk Meilen, an electric power utility, began to produce electric power to operate his machines. The years 1900/1912 saw the construction of the first purpose-built factories adjacent to his home and workshop. His workforce, a mere half a dozen when he started the business, rose to 46 at the outbreak of World War I.

As generations of family owners succeeded one another, the 20th century witnessed steady company growth as dictated by circumstances in effect at the time but without spectacular jumps. A wide variety of pumps - for the supply of clean water, disposal of wastewater and special applications - have remained the company's core activity. More recently, cement grout plants from Häny have been used worldwide for impermeating galleries, tunnels and dams and for consolidating the ground at construction sites. International sales through our own sales force and twenty independent factory representatives abroad account for 90% of the business in this sector.

During the company's first century, the number of employees was directly related to company growth. While employees numbered no less than two hundred in 1975, today's two dozen engineers and technicians are increasingly specialized to deliver solutions to complex problems. Häny no longer manufactures each and every pump it sells itself but selects those pumps available on the world market most suitable to address customer needs. Of course, our bulgarian site continues to produce pumps that are particularly complex or suitable for special applications (some 2,500 pumps per annum).

Turbine bay at Häny in Jona

Turbine bay at Häny in Jona

What is being tested?

Pumps in our in-house product range resulting from our own engineering efforts are subject to exacting tests. For this purpose, a permanent coupling base is installed in a basin. Using the control centre, the Q-H data (flow rate related to delivery head), different performance parameters and the flows are measured. If these values meet guidelines, the pumps can be placed in inventory. The measured values are recorded, and the resulting report serves as documented proof.

The hydraulic performance of both new and reconditioned Häny deep well turbine pumps is measured and recorded. In the process, water is moved through a pipe back into the basin by means of hydraulics. In the case of large deep well turbine pumps with a drive output of 45 to 200 kW and a pump capacity of 33 to 320 litres per second, the noise made by the water is clearly audible to office workers. Among other things, our pressure booster systems are also tested and adjusted.

Testing is conducted with pure water as the medium. The turbine test bay is designed for a maximum of 40 litres/second and at 400 metres of inlet pressure. In this way we can establish the turbine's efficiency and quality before it is delivered to a customer.

Likewise, we can examine generators on the test bay and examine the efficiency and the cos phi value. The size of the generators for a test depends on the number of poles and the generator's output power. Maximum test sizes are at approximately 160 kW.

The motor test bay is a customised design and is unique in its type in Switzerland. We are able to verify the performance of motors up to 160 kW for our own in-house use or for external customers.

A particularly interesting aspects is that we rent the test bay to the Technical University of Rapperswil and the Technical College in Baden as a hydraulics laboratory.